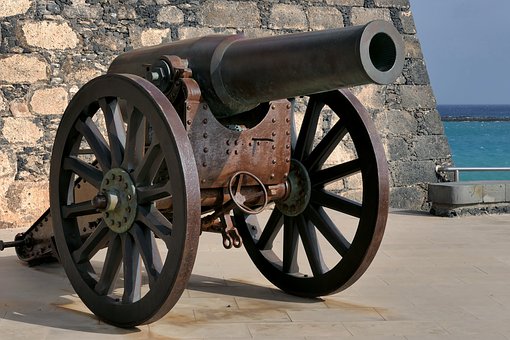 Cannons are a great way to learn about Newton's Laws of Motion!

You are going to change the follow independent variable, and observe what happens to the motion of the cannon and the cannon ball:

Eye protection must be worn

Long hair must be tied back

Leather gloves must be worn when lighting the cannon

NEVER point the cannon at anyone

Can you make the cannon fire?

Which will go further a heavy or light cannon ball?

Once you have figured out how to make the cannon work well, it is time to experiment with Inertia.

"A cannon ball in motion will remain in motion!"

Keep everything the same for the next two tests, except the mass of the ball

Which has more inertia?